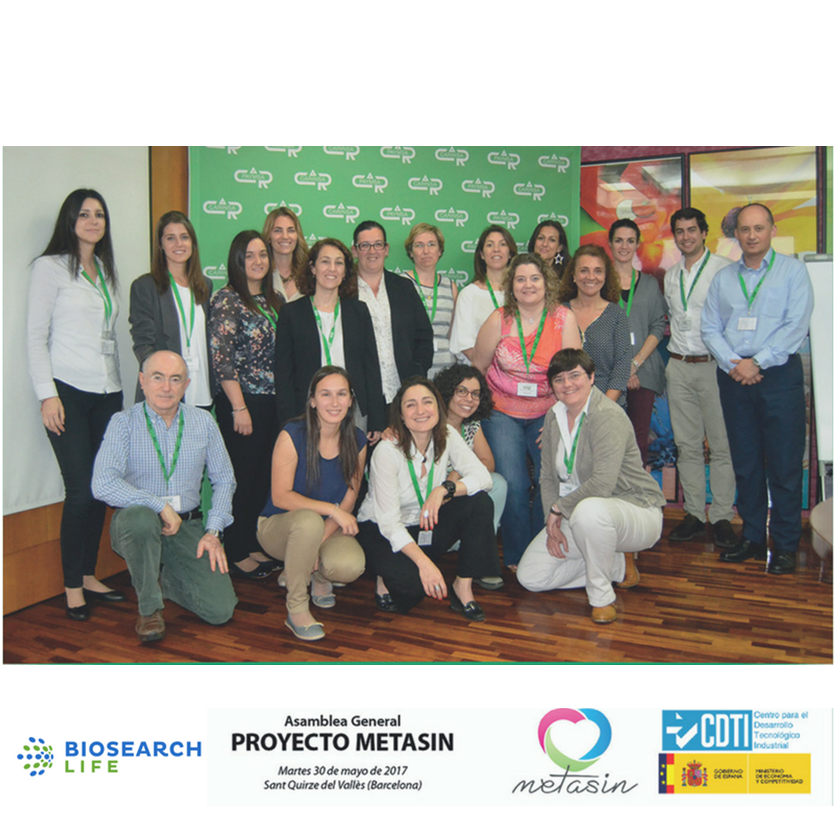 This meeting was held at the Carinsa facilities in Sant Quirze del Vallès (Barcelona). Company main activity is the creation, manufacture and commercialization of all kinds of fragrances for the detergent, perfumery and ambientance industry as well as flavourings for human and animal food and additives.

Metabolic Syndrome is considered by WHO as 21st century epidemic and one of the greatest public health problem of our time, because of its high and increasing prevalence. As a result of METASIN consortium research, new multifunctional ingredients/foods have been identified, obtained and characterized capable of influence over the risk factors associated with this syndrome. These prototypes are being validated in vitro, in experimental animals and in human volunteers in order to scientifically support their safety and efficacy against Metabolic Syndrome. Final goal of the METASIN project is to launch new products that offer a natural alternative for the treatment of the different risk factors associated with metabolic syndrome such as obesity, hypertension, decrease in HDL cholesterol, hyperinsulinemia and high triglycerides, improving the quality of life of the population sector that suffers from this risk of developing cardiovascular disease or diabetes mellitus type II.